Skip to content
After three return trips to Vietnam I find it impossible to “forget about Vietnam and move on.” I have attempted to encourage other vets to go back to no avail. For some the memories are just too painful and others have the squalor of the country and the horrors of war locked in their minds so deeply they wouldn’t even consider it. The entire experience, during 1967-68 is without question the most interesting and formative period of my life. ... After recalling the Army and Vietnam memories and putting them on paper for this book, I realized I have been searching for some sense of logic about the Vietnam War my entire life.

David Frazier has been on air – on the radio – talking about Drafted! Here are a couple of his interviews.

David Frazier has been on air repeatedly since Drafted! was released, including this 20-minute spot on Boise State University radio.

The report remarked, “During the Vietnam War, few people had an experience quite like Boise resident Dave Frazier. He served as a public relations specialist for the Traffic Management Agency (TMA) of the Military Assistance Command, the military outfit in charge of moving supplies, equipment and people around Vietnam by land, sea and air. In his PR role, Frazier traveled throughout Vietnam taking pictures and writing stories about the work of the TMA while fighting was going on around the country.”

You can hear it at BSU radio’s web site.

Many books about the Vietnam War have a political bias which makes difficult reading for those who were involved in the conflict.

This book is unique in that the views are at the “point of the spear”, a view from a soldier in the enlisted ranks which was very different from that of a USAF officer flying into the war zone. I flew fighters early in my career and eventually sat at the controls of heavy cargo planes. My first flight into Vietnam was in 1963 and my last was in 1973.

An experienced journalist, David Frazier provides insight, humor, and little known facts from the soldier’s point of view. His encounters with politicians and historical figures like Gov. George Romney, Maj. Al Thomas of the OSS, and General William Westmoreland, offer us a unique perspective. His fascinating accounts of the war and subsequent return visits, combined with great photos, make for a good read, regardless of age or political persuasion. 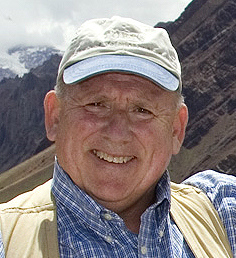 David R. Frazier has been a professional photojournalist for more than half a century and his images appear frequently in publications throughout the world. He has been fascinated with Vietnam since his military service there in 1967-68.